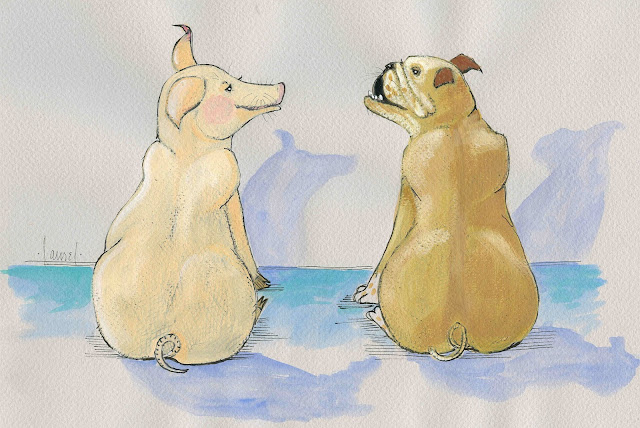 Quite sometime ago Portnoy and Biff met at a no-kill animal shelter in the middle of America.
It seems Portnoy was a renegade that escaped a truck headed for the slaughterhouse. Afraid to go back to the farm, Portnoy walked for days until he met a kindly old gentleman who told him all about this shelter. Unable to properly take care of a pig, the old man gave Portnoy a ride to the door and waved a tearful goodbye. The volunteers at the shelter welcomed Portnoy with open arms and hearts. They brought him to his new quarters but on the way there he noticed by Biff, an old-timer stray dog with a twist in his tail just like his!
The shelter worker saw the connection between Portnoy and Biff right away and asked if they'd like to be roommates. Biff's spirits soared by having Portnoy around. They shared stories of life before being rescued and celebrated every day for the strange twist of fate that brought them together.


Two peas in a pod, those two. Old souls embracing a new lease on life. 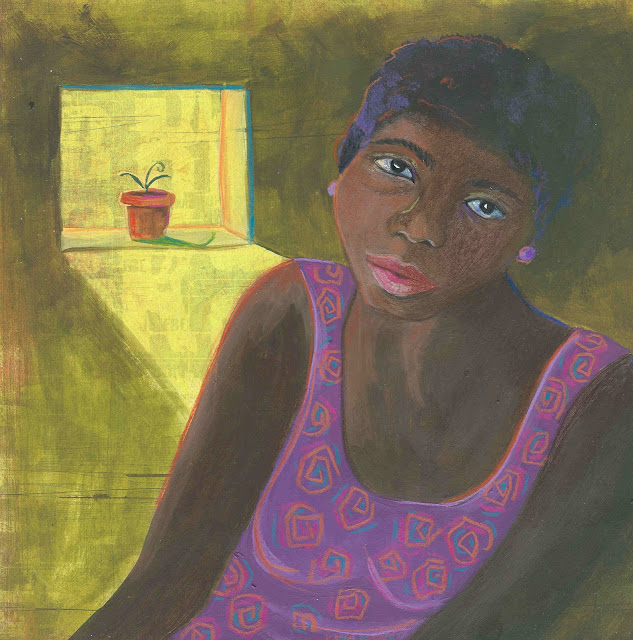 Never let anyone take away your power.
Stay true to yourself, always.

for illustrationfriday.com/power
acrylic and colored pencil on paper...sold
Posted by studio lolo at 7:38 PM 10 comments: 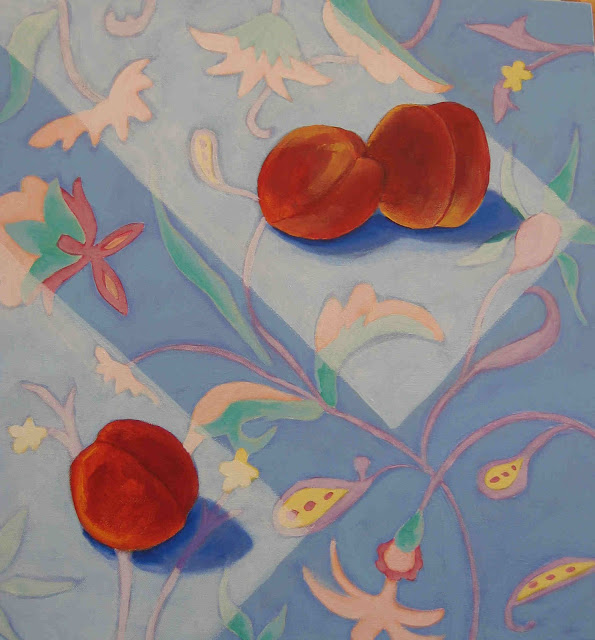 There's nothing like fresh fruit in summer. Juice running down your chin, soft bay breeze on your face. Delicious!

For Illustration Friday from my archives for "fresh"
acrylic on canvas, available for sale at Grasmere!
Posted by studio lolo at 7:14 AM 9 comments: